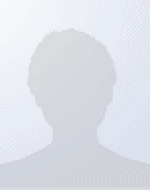 Tripura has no any institute for such a Film & Video Production course besides the huge number of enthusiasts who are crazy to learn Film & Video production. Next to Kolkata & Guwahati; Tripura was the next hub hat awaited for such a Film making course, so was the decision taken. The field of film and entertainment are very much fascinating which attracts all age groups.
People of the state are making ad film, documentaries and regional Films but due to lack of skilled people they could not reach their zenith, hiring people from outside is budget un-friendly. They need formal trained people. Tripura University, B.Voc passed out students shall meet their demands in very near future.

The B. Voc Film and Video Production programme was launched in the year 2015. It is a skill based course. This course is equivalent to a bachelor’s degree. The course is approved by the UGC and National Skill Development Corporation (NSDC). Media and Entertainment Skill Council (MESC) is the sector skill council for this programme. The course is designed to impart hands-on training to students in the field of film making and video production. The course structure emphasizes on both theoretical and practical aspects of film and video production. The primary goal of the course is to prepare skilled personnel by providing them with the desired level of competence required to get an entry to film industries. Moreover, students can opt for higher studies in film production and appreciation courses such as, film studies, once they complete their B.Voc degree. In addition, the course is very flexible in nature with multiple points of entry and exits. Students can opt out of this course after completion of one year of joining, with a Diploma in Film and Video Production. Those who opt out after completing two years will be awarded with an Advanced Diploma in Film and Video Production, and only after the completion of three years, the students will be awarded with B. Voc in Film and Video Production which is equivalent to a bachelor degree. Along with this, the students are also certified by the Media and Entertainment Skill Council for various Qualification Packs (QPs) with their associative job roles for getting employment in the media and entertainment sectors. This year, a good number of students have qualified for the QP-Script Researcher. The assessment test for Script Researcher was conducted by Media and Entertainment Skill Council (MESC) and B.Voc film and Video Production in Tripura University campus on 21st June 2016. From pass out students 05 nos. are working in media house Rising Tripura, some are working as freelancer for local news channels and some of them have become entrepreneur in media and entertainment.

A Skill based curriculum could not have fulfilled its targeted mission without the training in the respective Industries. So, as per the advice in the UGC-Guidelines, Tripura University signed MoU with different Industries and Institutes for its students training. So, MoUs were signed with NSDC, MESC and PFAMES.

Skill Based Training of the Students:

100% placement of the students in local media channels and some of them are successful entrepreneurs in film and video making.

Training is arranged at various institutes and Industries like

Designed and Developed by Dataflow System